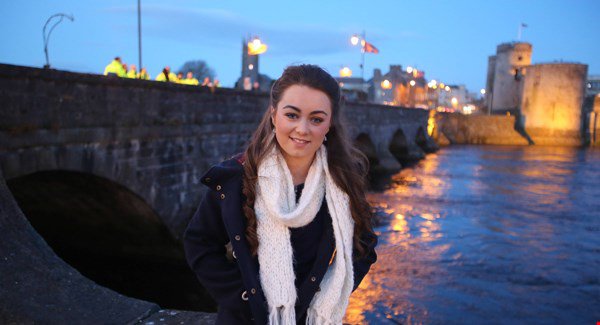 Katie Whelan may only be approaching her 19th birthday but she has won many accolades that those decades her senior may never achieve. The young girl from the Dublin Road in Limerick  in 2015 came up with an idea to place lights and messages of hope on the city bridges to convince would be suicide victims to reconsider.

Her initiative, named Lisa’s Light, after her cousin Lisa who took her own life tragically in 2014, has been recognised locally and internationally. The student from Ard Scoil Mhuire in Corbally has worked with Limerick City and Council and with Alphaset local printers and sign makers to create the lighted boxes which now adorn the city bridges.

The person of the year was announced at a gala ceremony in The Clarion Hotel Limerick on February 17th.